Did you know that urban farms already produce over 20% of the world's food?

Although urban farming might have originated out of a “darker” past, and has definitely scaled past being a side hobby practised in balconies; today it is a thriving industry and multiple mainstream food types are being produced in urban farms ranging from:

This vertical farm is located in Oklahoma and features 1400 aeroponic towers inside a 2415 m² climate-controlled greenhouse. This aeroponic farm has a total planting capacity of 62,000 plants. @ScissortailFarm #verticalfarming #aeroponics #greenhouse #agriculture #farming pic.twitter.com/yXsWCKoZtd

A variety of setups and techniques are being utilised that include:

Incredible to see the impact @ChasStoltenow and @UNLExtension have on the state of Nebraska, from impacting youth through 4-H to making a difference in our state’s economy and creating value for all Nebraskans. #NUforNE https://t.co/bIT7yJ5aWF

Urban farms also help with experiential learning for urban kids who otherwise do not have such access in their concrete jungles.

LPS students who are participating in the Focus on Youth program are learning to extract honey from their urban apiary. Thank you Roots to Harvest! #experientiallearning @LakeheadSchools pic.twitter.com/gZVQ3jHSNY

🗺️How are #EdibleCitySolutions making cities around the world better places to live?

🍅In Andernach, Germany, the edible plants growing in the centre have become their city highlights!

🌿 Thanks to edible landscaping, more residents are involved in harvesting on their doorstep! pic.twitter.com/wRXMMnfa6H 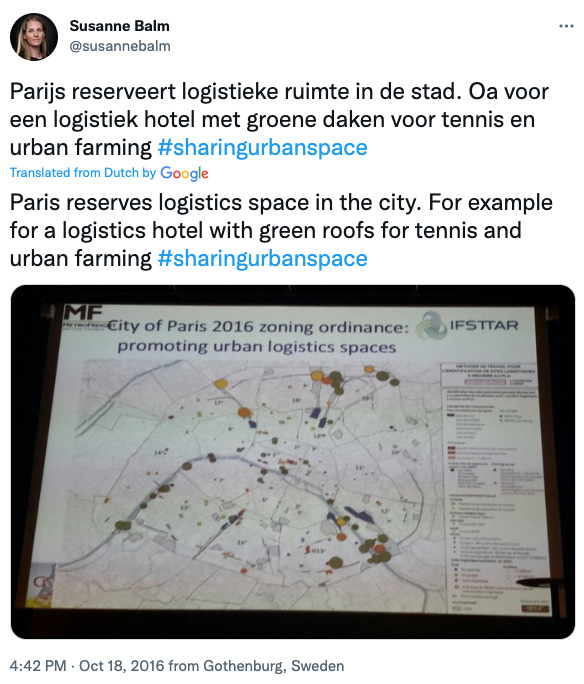 Singapore is emerging as food tech hub. Singapore looks to overcome its lack of arable land and roughly triple its food self-sufficiency to 30% by 2030. Urban farming and artificial meat are seen as promising means.#EIIRTrend #engineering #foodtech https://t.co/tYRAYUNXtP

This aeroponics farm could be the future of food in Jordan

Did you know that Black Soldier Fly farming is a sustainable solution to urban waste?

Marula Proteen Ltd is turning urban organic waste into fertilizer, animal and poultry feed to ensure a clean city and provide employment for the youth.#LetsGrowTogether#Agriculture#Trailer pic.twitter.com/rWZ5qDJu8u

Reuse of plastic bottles, dust bins and other containers, and the use of composting, vermiculture, urban organic waste and worm juice for fertilisation, and limited water usage required also address the sustainability aspect.

Urban farms also come as a breath of fresh air and help in improving the green cover of highly urbanised and densely populated cities.

Application of automation and IoT sensors using AI based platforms such as BoweryOS helps in optimising and streamlining operations.

However, urban farming does come with its own drawbacks. Urban farming does require power and hence becomes an increased load on the already strapped city power supply, quite similar to EV; although many urban farms have invested in renewable energy as well.

Moreover, urban water and soil might be more contaminated with urban waste such as paint, plastic and lead which might pollute the produce.

Seeds in the city, the pros and cons of urban farming

That said, food grown in urban farms can be as nutritious and perhaps even fresher (due to short delivery distances) and cleaner (no soil) and always available (as opposed to seasonal). Many cater to hyper-local needs and are non-GMO, and chemical pesticide-free. Additional nutrients in the form of supplements or fortifications can also be added.

ARE HYDROPONIC VEGETABLES AS NUTRITIOUS AS THOSE GROWN IN SOIL?

Here is a deeper dive into some of the related areas …

Hydroponics is a gardening method that allows for plants to be grown without the use of soil. This is done using techniques such as Nutrient Film Technique (NFT), Drip, Ebb and flow. 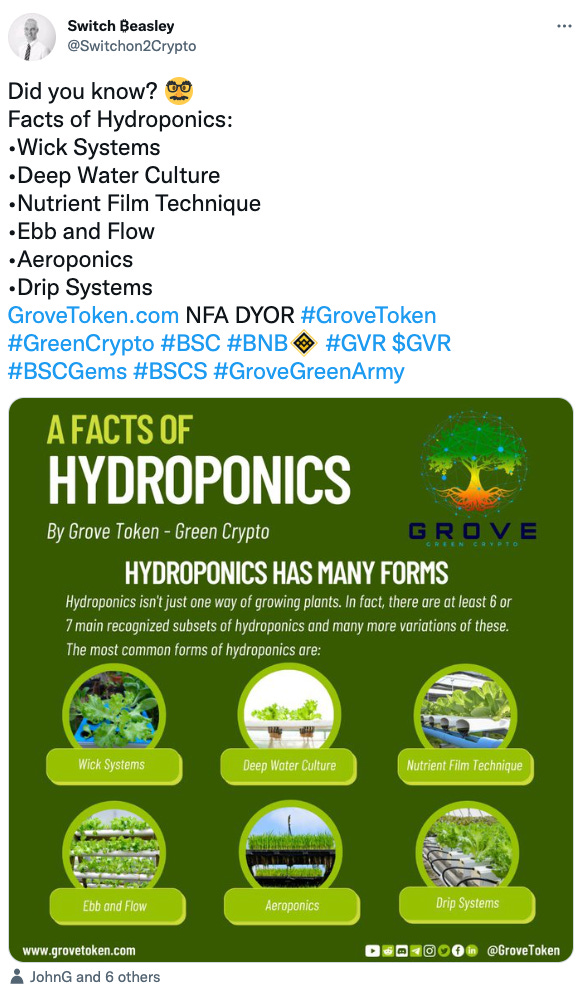 Nutrient film technique (NFT) is a hydroponic technique where in a very shallow stream of water containing all the dissolved nutrients required for plant growth is re-circulated past the bare roots of plants in a watertight gully, also known as channels. 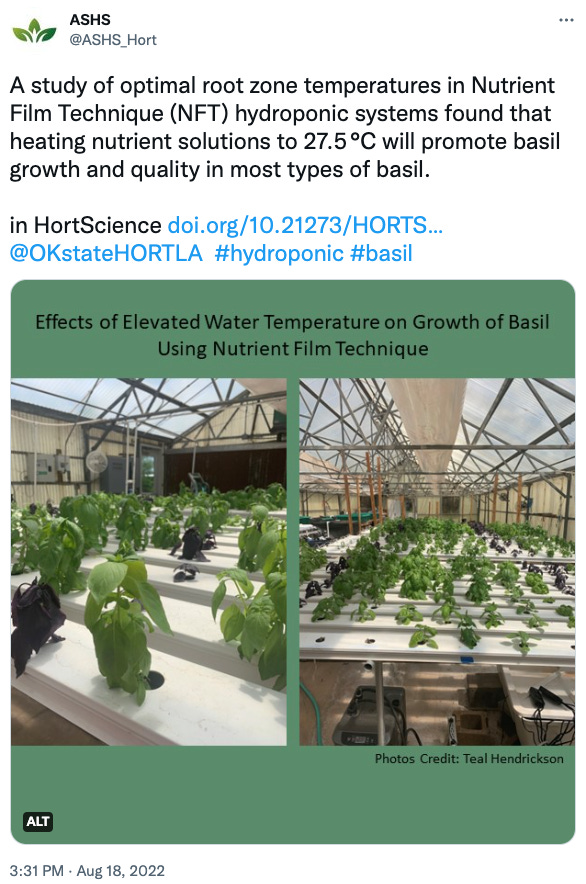 Aquaponics involves growing fishes and plants together within the same environment.

Techniques such as NFT, Media Bed, and Deep Water Culture (DWC) are utilised.

The Media Bed form of aquaponics uses containers filled with rock media such as gravel or expanded clay (hydroton) to support the roots of plants. The bed is flooded and drained of nutrient rich water to give the plants the nutrients and oxygen they need. Media Bed technique is considered best for small scale, but can get challenging to scale, and has a clogging issue with high fish densities.

Deep water culture (DWC) is a hydroponic method of plant production by means of suspending the plant roots in a solution of nutrient-rich, oxygenated water.

Here is a comparison between these techniques:

Aeroponics is the process of growing plants in the air or mist environment without soil or an aggregate medium. It is a subset of hydroponics.

12 new wooden trellises are now attached to the arbor at Columbia's Agriculture Park to create more vertical growing space! Come spring park-goers will be able to walk through a tunnel of things never grown before at the park such as hardy kiwifruit, grapes, luffa gourds, & more! pic.twitter.com/NJkbDDvTlW

Top 10 Herbs to Grow in the Tower Garden

A variety of fish such as Tilapia, Catfish, Perch, Carp, Hybrid Striped Bass, Trout, Salmon are grown in urban fish farms, along with prawns, crabs, lobsters.

This is so good showing a garden before and after Electroculture! Also what it means and how the wood conducts the copper! Plus gives handles on his blogs and this woman's garden account to follow! His blog details how to set up! Short video but jam packed!! 🤩 pic.twitter.com/55vRsa4c9a

Electroculture / Magnetoculture is the practice of applying strong electric fields or other sources of small air ions to growing plants (faster).

It accelerates seed germination rate and it also has a positive effect on plant growth.

Research from Paris by Isabelle Jajoz found wild bee abundance was reduced within 500m of urban apiaries due to impacts of high density honey bee colonies. In central London your never more than 500m from a rooftop apiary so makes you wonder how that effects our wild pollinators. pic.twitter.com/5u64CKBKjF

Our editor @naomiracz visited an @alveolebuzz urban apiary. This beehive was getting an extra box added. Adding the boxes gradually gives the bees time to draw out the combs (fill them with wax), and ensures there's less room for pests. Can you spot the queen bee? #urbanbees pic.twitter.com/iBMpo7ns1p

Checking a rooftop apiary after a recent storm. Even urban farming gives you awesome views! pic.twitter.com/nw18Tm3WvJ

Bees have always played a major role in the food chain, in being expert pollinators.

However in the recent past, bee populations across the world have dwindled. So anything that helps conserve bees is critical.

Home to 32 cows, a floating farm in Rotterdam tests whether small-scale, sustainable dairy farming is feasible in the heart of one of the world’s most urban, industrial areas https://t.co/K7VlbWxS1w pic.twitter.com/EoH9d1EwXw

Urban and peri-urban farms are attempting to supply the local dairy, eggs, poultry and meat needs.

Then there is urban snail, cricket, rabbit farming … and caviar.

2 Years ago Shaun Miller told myself and @TheoDJager about this dream he has of farming in derelict buildings in the city. Today we had our first visit to this truly unique urban farm. Shaun farms with edible flowers, microgreens, mushrooms, snails and white caviar! Congrats mate pic.twitter.com/cJLvoQOaSa

“Some leading urban agriculturists envision city skyscrapers filled with floors of vegetable patches and orchards. Glass windows would let in optimal natural light, and conveyor belts would ensure that the plants have equal time in the sun. Others imagine cities with gardens on every rooftop. Plants would be watered naturally, and could beautify the skyline as an added bonus.” Source: GlobalCitizen.org

As new regions such as South East Asia, Africa, Middle East adopt urban farming and new urban farms are being setup all over, existing ones are scaling up as well.

This vertical farm is located in Oklahoma and features 1400 aeroponic towers inside a 2415 m² climate-controlled greenhouse. This aeroponic farm has a total planting capacity of 62,000 plants. @ScissortailFarm #verticalfarming #aeroponics #greenhouse #agriculture #farming pic.twitter.com/yXsWCKoZtd

These ideas are now extending to gardens at sea as well as into space.

Have you heard of aeroponics?

As part of our Space Station Science activities, which start tomorrow, we have been looking into how we might be able to live and work in space. Here's Gina to explain all about our aeroponic growing towers.

The Urban Farming market is forecasted to grow at a brisk CAGR to reach $236 billion by 2025.

Although urban farming is not without its drawbacks and challenges, it contributes significantly to solving the global food puzzle and making the world a greener place.